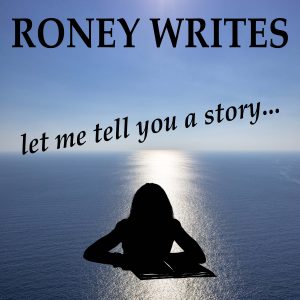 Let me tell you a story….

That’s what this podcast is about – stories.  I love to write them and I would love to share them with you.

Stories are always tumbling in my head and I let them crawl onto the page without regard to whether they fit into a specific genre.  So you will find many types of stories here.

Many of the stories are told over several weeks, some are just one episode long. Click the Episode number to listen.

All names, characters, places, entities, and incidents in these stories are either the product of the author’s imagination or are used fictitiously.

A Brief Pause In Time – Part 2

A murder. A suspect. A trial.

Brenda Kaye, a key witness for the defense, disappears. Did she run? Was she taken? Ellie is hired to find out.

If Ellie finds her, should she persuade Brenda to testify and put her life in danger?

A Brief Pause In Time

A body is found in the woods. A young man is arrested for the murder of his best friend. David Thunder’s phone rings.

This is Book Two in the Thunder Law series. In the first story, Catching Up, we met Thunder, a lawyer, and Sam Evans, a man who was about to be executed for a murder he didn’t commit.

Now, Thunder and Sam team up to defend a case that ends up being no ordinary trial.

EYE IN THE STORM  (An Ellie Baye Mystery)

Ellie takes on a new case.

A man was killed when he hit a deer and lost control of his car. The police ruled it an accident. His widow believes it was murder. She insists that her husband, Daniel, and his partner, Clive, had a falling out and that Daniel was murdered as a result.

But as Ellie investigates, she discovers that Daniel had a lot of secrets and that nothing in the case is as it seems.

Several people from my novel ‘Fading Grace’ have jumped off the pages of that book to tell you another story.

This is the story of Annie and Mr. Garth.

Mr. Garth is an elderly man who over many years built an empire. And now his grandson, Jude, wants to take it all.

Mr. Garth must fight to keep control of his life. And Annie is there to help him.

Ellie had been a private investigator with a big firm but resigned to open Yore Place, a store where you can find books, coffee, donuts, open mic nights, and quirky characters.

Ollie Ivers is on a book tour and Ellie is excited that he’s coming to Yore Place to read from his newest book. He’s a popular author and draws big crowds.

But things go terribly wrong at the book signing when Ollie is arrested. When he asks Ellie to help him, she agrees unaware of the web of lies that entangles him.

John Tremore has a great job, a wife he adores, and two preteens who light up his life.

But when he makes a startling discovery at work, he’s suddenly put in a position where he must choose a path and no matter which one he chooses it could destroy his family and everything he’s worked for.

WHERE IS HE?   (An Ellie Baye Mystery)

Meet Ellie, the owner of a small independent bookstore.

Ellie had been a private investigator with a big firm but resigned to open Yore Place, a store where you can find books, coffee, donuts, open mic nights, and quirky characters.

She thought she left the sleuthing world behind. But when Ellie is asked to do a favor that tugs at her heart, she finds herself drawn into a world of social and political intrigue.

Excerpts from my novel ‘Beyond Stone’.

Andie, a stone sculptor by day and a street artist at night, walks the razor edge between reality and fantasy, never sure which side she’s on.

Excerpts from my novella ‘Fading Grace’.

In her youth, Grace had been an up-and-coming artist with shows in New York, San Francisco, Chicago, London, and Prague.

But those years are long past. Now, Grace is starting to ignite her creative fire again.

But it seems people no longer see her.

Sam Evans claimed he was innocent. But no one believed him and he was convicted of the murder of Beth Rowan.

Will it exonerate Sam?

He was twenty-five when he went to prison. Now he is forty-five. If he is released, what will it be like entering a strange new world?

Kaden is an artist whose latest piece is setting social media and the art world on fire.

Life is good for Kaden.

Except Rayne is gone and his heart is broken.

Norman, a genius, is working on a secret project to help Kaden move on.

But will it help him? Or break him?

Sara and Jade are best friends. Sara is a private investigator-in-training. Jade is a distiller of essential oils and the owner of Ambrosia. They know everything about each other. Or do they?

When tragedy strikes, Sara discovers a cryptic note that sends her on a quest to find The Philosopher’s Stone.

But she’s not the only one that’s searching.

What was Jade hiding? And will Sara be able to unravel Jade’s secrets in time to save herself and Ambrosia?

Madeline Bright is going to be executed in 65 days.

Fifteen years earlier in a trial presided over by Judge Daniel Bennett, Madeline was found guilty of murder and sentenced to death.

But now, Daniel wants to save her. He comes out of retirement and assembles a team. But stopping the execution is nigh on impossible. Will they be able to beat the odds before time runs out?

Rick and his son, Stone, are on their way to Turks & Caicos for a long-awaited dive trip. Their seaplane soars through the sky on a sunny, warm day. But then Rick feels the plane buck. Stone watches in horror as the sky turns black. The plane starts shaking. What’s happening? Rick spots an island and manages to land the plane. Relief floods through them as they motor toward a white-sand beach through pristine water.

Their relief turns to disbelief, however, when they learn they were somehow caught in an anomaly that transported them to another world. They soon discover that the only way to get back to their own world is to find the secret to a long-lost portal.  But it’s a race against time to find the portal before it’s lost to them forever.

I truly enjoyed sharing this story with you!